English playwright of Nigerian roots Ifeyinwa Frederick is a writer and successful entrepreneur. In 2016, she and her older brother founded the world’s first Nigerian tapas restaurant, Chuku’s. She entered the hospitality industry without any experience, but she quickly earned the reputation as an industry pioneer. Within weeks of its opening, it was covered in Elle, one of Africa’s largest magazines, Bella Naija, and in Time Out. She won the Young British Foodie Awards in 2019, and was listed as one of the Forbes’ 100 most successful female company founders in Europe, featured as one of the stars of Elle magazine, under 30, and recognised as one of the 15 most exciting food and drink entrepreneurs in the UK by the Great British Entrepreneur Awards (GBEA). She was a GBEA finalist in 2018 and a 2017 Black British Business Awards finalist.
The year 2016 was a turning point for Frederick, as she also started dedicating herself to playwriting. Searching for a creative outlet, she joined the Soho Theatre Writers' Lab for fun and discovered her hitherto unknown talent. Supported by the programme she wrote her debut play, The Hoes. Also, she wrote a monologue Lash & Dash the same year and a short play Waterfalls in 2017. Her debut play premiered in 2018 at the Hampstead Theatre in London and was shortlisted in 2017 for three prestigious awards: the Tony Craze Award, Character 7, and Verity Bargate.
She is a curious person by nature and is fascinated with people, so her stories explore the intricacies of people and the dichotomy between how we really are and how we are perceived by our community and society and how we portray ourselves to be.
The Hoes is a subtle, bitter-sweet, and humorous story of female friendship. Frederick paid homage to her roots with the play, as she grew up in Essex, attended an all-female school and fell in love with sisterhood. She was angered by prejudices directed at young, black, unmarried women. Their comic, direct, casual conversations about sex and fun take on a more serious tone and prompt many day-to-day fears, worries, and insecurities that young women on the verge of adulthood have to face.
Reality breaks into a relaxed carefree weekend of female fun. As they confront their own fears and sorrows, young women end up realizing that there is no escape from oneself. The Hoes is a celebration of female friendship that survives unexpected storms.

Authors of the staged version of the play are the creators of the production.
Music used in the production includes also the songs Short Dick Man (20 Fingers feat. Gillette), Fuck The Pain Away (Peaches) and Utopia (Giorgio Moroder). 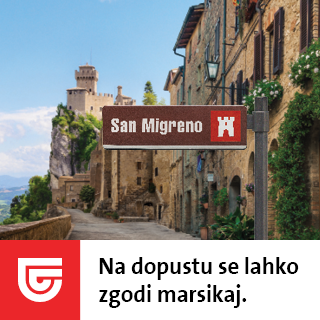