Lutz Hübner (1964), a German playwright, director and actor is an internationally recognized and versatile theatre maker. In 1990s, he authored more than twenty plays that were staged to great acclaim in German theatres and internationally. Since 2001 he has been working closely with Sarah Nemitz. They have written more than twenty plays together. He is the recipient of many prestigious awards and is one of the most frequently staged contemporary German playwrights since 1990s. His work includes plays for adults and young audiences and opera librettos. In 2015, a film adaptation of Hübner and Nemitz's Frau Müller muss weg (2010) was released. The star-studded film was seen by more than one million viewers and received numerous awards. Hübner’s writing for theatre is distinguished by precise and rapidly paced dialogues. His understanding of language and dramatic situations clearly shows that he is a theatre practitioner who always writes with the actors in mind.
Hübner’s comedy Gretchen, page 89 premiered in 1997 and became a major hit in German and international theatres. The author used Gretchen’s famous monologue from Goethe's Faust after her meeting with Faust and restaged it in scenes rendered by two actors playing a set of directors, actresses and other professionals working in the theatre. Wittily, Hübner managed to present in an entertaining way what goes on behind the scenes in the theatre and what is not meant to be seen by the audience. The routine of the process of staging a play, normally reserved for theatre makers, generates a wealth of comic situations. By staging the monologue in different versions, Hübner discloses what goes on during the rehearsals, how the production slowly evolves and what is needed for it to be born. The author shows no restraint when it comes to the whims of main protagonists in the making of a production. Often, the creative process depends on the good mood of those involved and of the mundanity of life situations in which they find themselves, as well as on the level of patience, good will, affection, empathy, technical facilities and, of course, financial resources of the theatre. Sometimes the director gets up on the wrong side of the bed, the actress is convinced that she deserves more respect, the prop master does not arrange the right props, the up-and-coming director is seized by an unconquerable stage fright, while someone else does not like the play at all…
Hübner’s Gretchen, page 89 is a brilliant comedy addressing serious predicaments taking place behind-the-scenes in an amusing way. 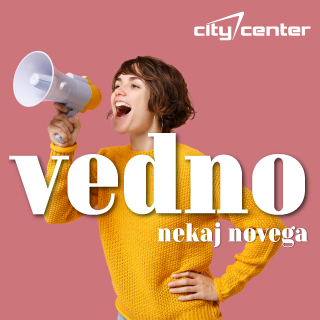